Perhaps no other type of cultured pearl has gone through more change over the past twenty years than the freshwater pearl. Freshwater pearls were traditionally grown using only a small piece of donor tissue inserted into a host mussel’s mantle. But recent innovations have led to a new way of farming freshwater pearls—inserting a bead or other substance into the mussel, similar to the methods used in saltwater pearl farming.

But we do have to add this: the story of freshwater pearls stretches as far back as 8th Century China, when Buddhist monks would use freshwater pearly mussels to grow these “Pearly Buddha” images that were highly prized and could even be used to pay taxes with. 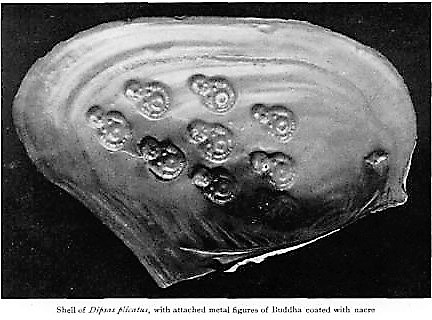 Today, freshwater blister pearls are not an important part of the pearl industry, but you may sometime encounter these.